Riders conceded a chance in the various ' events are as follows: Ultra lightweight. Keith Farrell (BSA Ban tam and Jack Fitzgerald (BSA). This pair has been riding well In practice and should provide good competition. R. Robinson (Puch). As this is possibly the fastest machine In this race. Robinson Is given a good chance of taking off this race. The two Tilbrooks. made privately in South Aus
tralia also ran welll, but did not seem to have the necessary power. Competition also will come from two motor scooter Lambrettas. 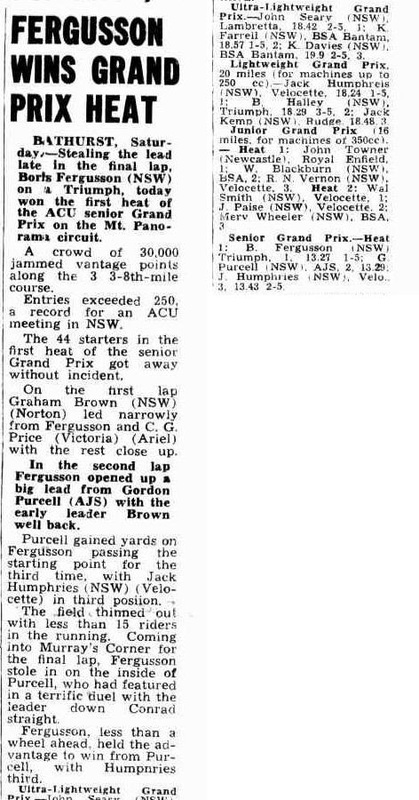 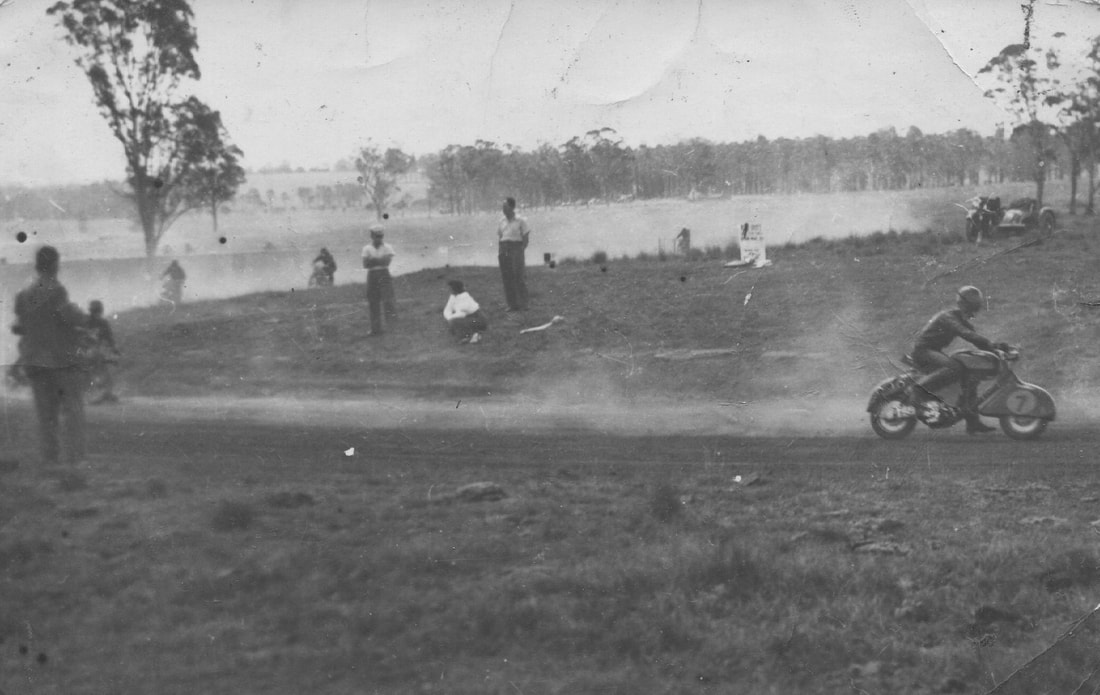 Bob Jemison on the Lambretta at Mt Druitt circuit. 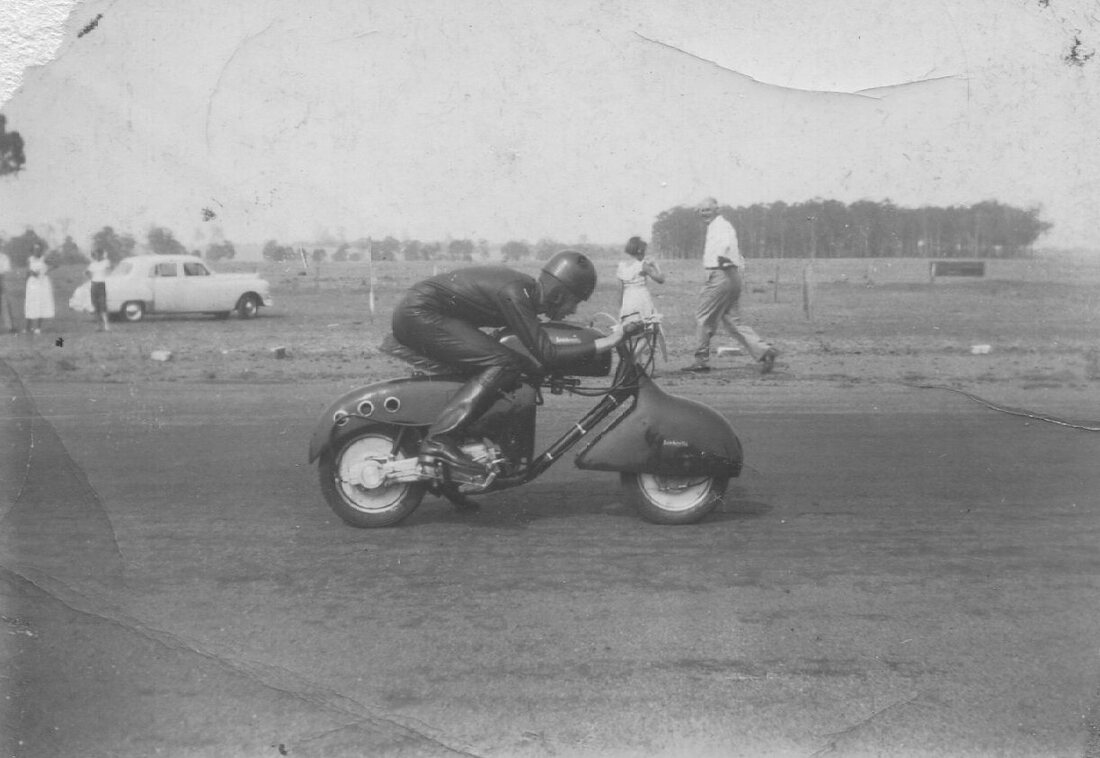 In the background is Sam Jamieson's 1951 Desoto Custom Sedan. 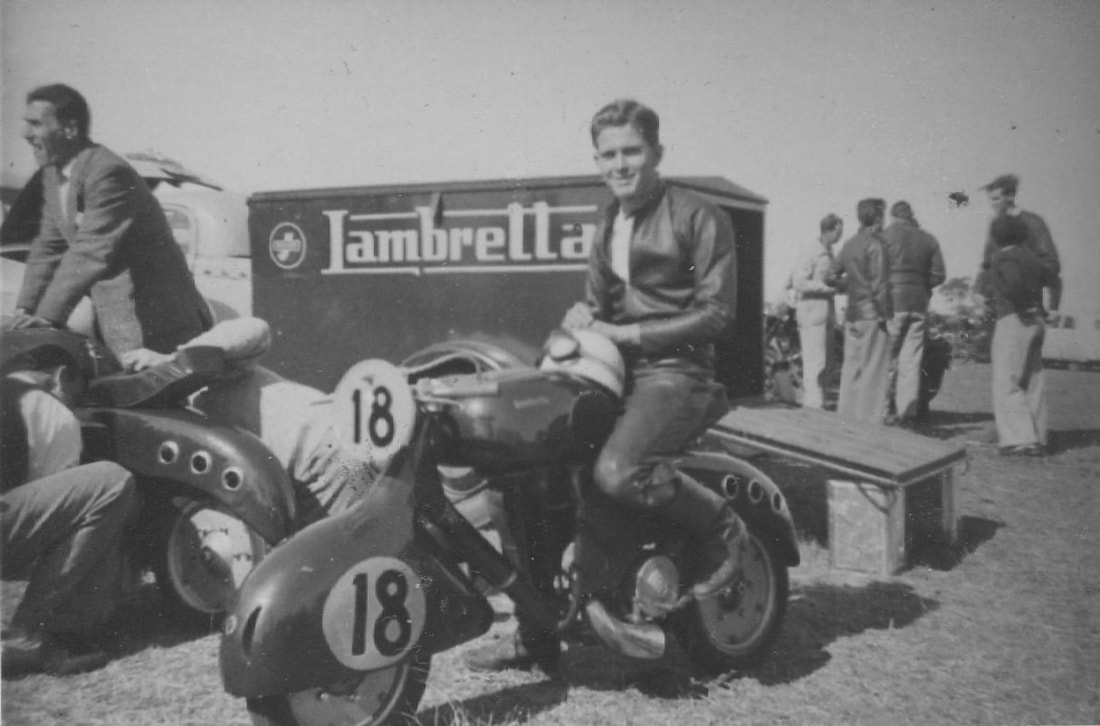 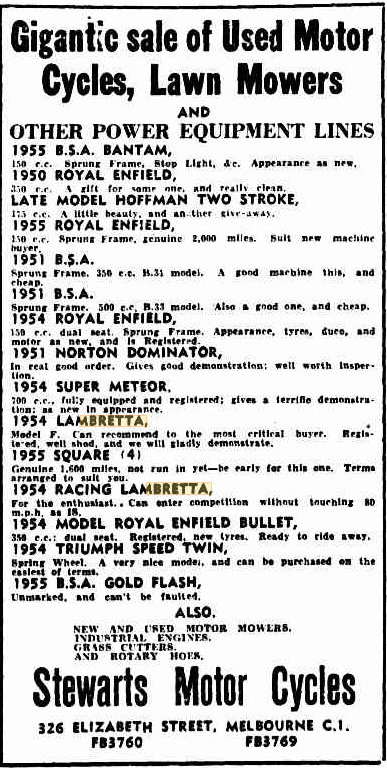 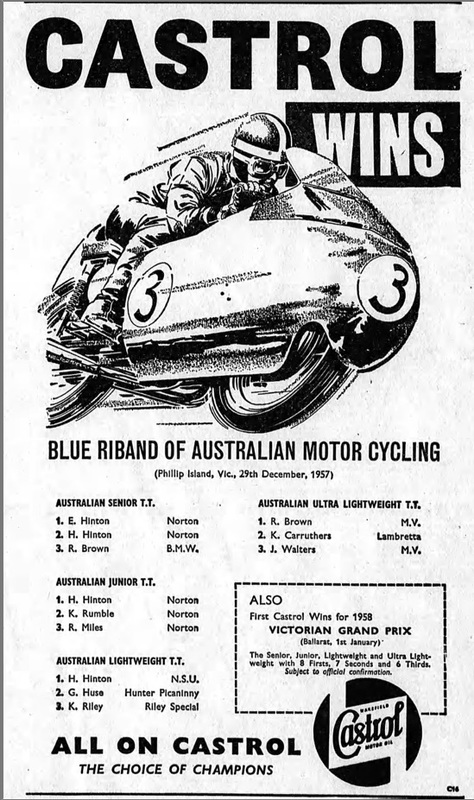 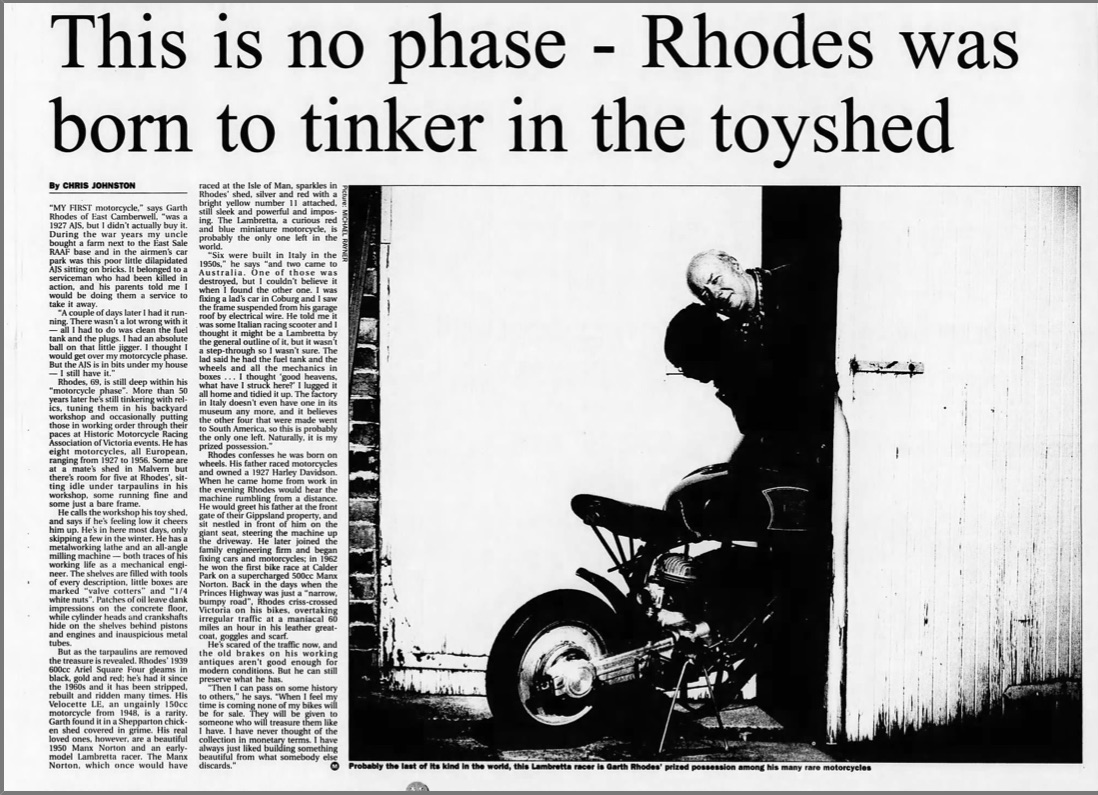 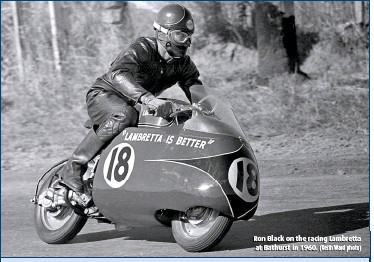 Ron Black on the racing Lambretta at Bathurst in 1960. (Keith Ward photo)
Chequered Flag
​
One of the familiar faces of the Sydney motor cycle trade in the ‘fifties, passed away on 19th January. Ron worked for many of the big retailers over a long period of time, including Eric Moore and Hazell &amp; Moore, and was also a keen competitor in scrambles, short circuit and road racing. Eric Moore was the NSW distributor for Lambretta, and it was this connection that led him to purchase one of the two works Lambretta racing scooters that were originally brought to Australia by ‘Big Sam’ Jamieson. After leaving the motorcycle trade Ron worked at Boyded Motors at Auburn. I worked on most of Ron’s bikes and in the ‘sixties we travelled throughout NSW to race meetings. In later years we played squash on a regular basis and later still he took up golf. Ron is survived by his wife Judy, children Michael and Sally and three grandchildren.
RON BLACK, During the halcyon days of the Willoughby District Motor Cycle Club in the late ‘sixties and early ‘seventies, the club had many factions for various forms of the sport, and for road riders. TREVOR QUESTED was a popular figure in the latter group, holding the role of club captain and taking part in the organization of many of the club’s events such as the Alpine Rally and the Clubman Rally. Trevor also competed at Moorebank scrambles riding an OSSA. A plumber by trade, Trevor moved to Bundaberg, Queensland in more recent times, where he passed away on 11th February. 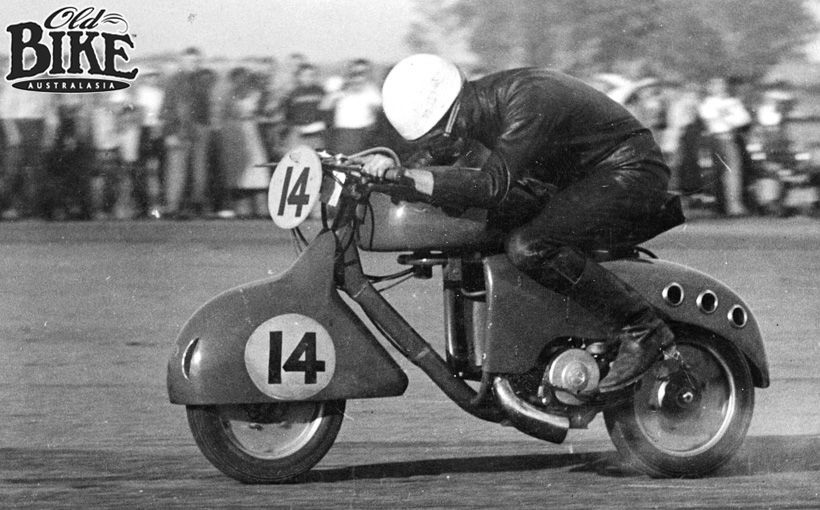 Instead of reproducing another web site, I've create the link to the "Old Bike Australia" page that refers to the Racing Lambrettas.
Two Wheels - September 1976 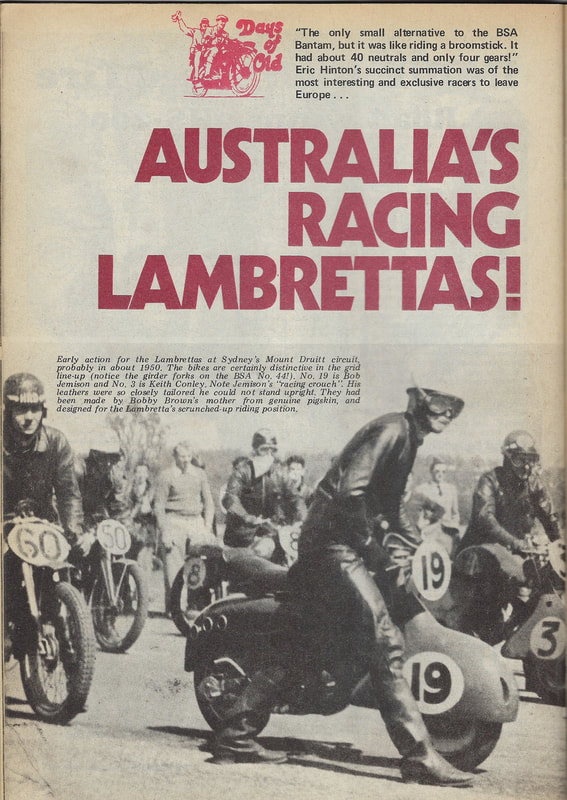 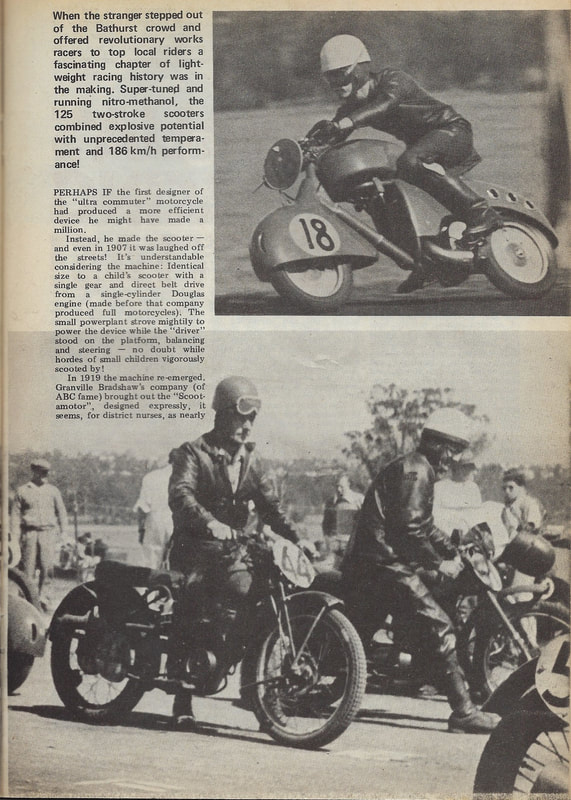 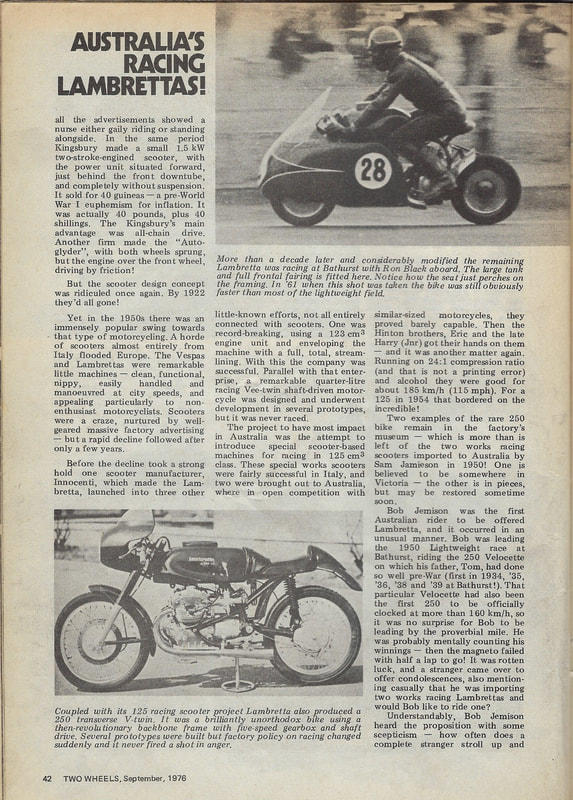 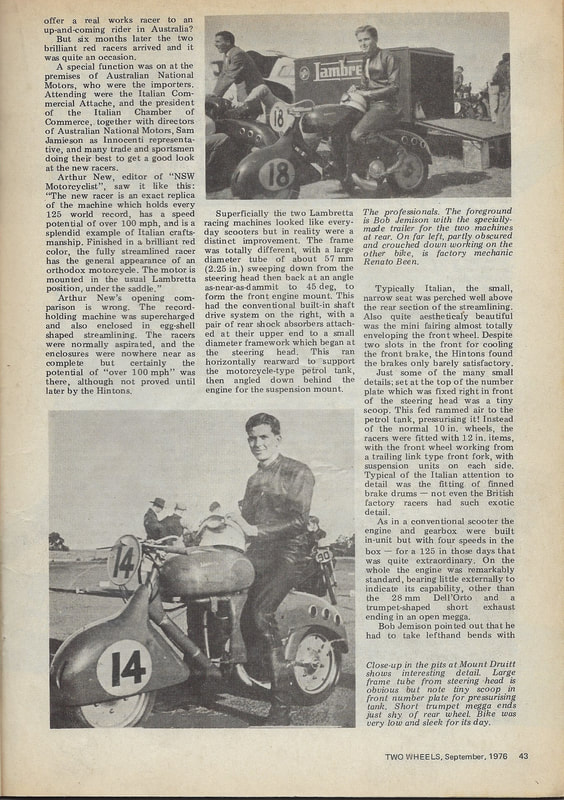 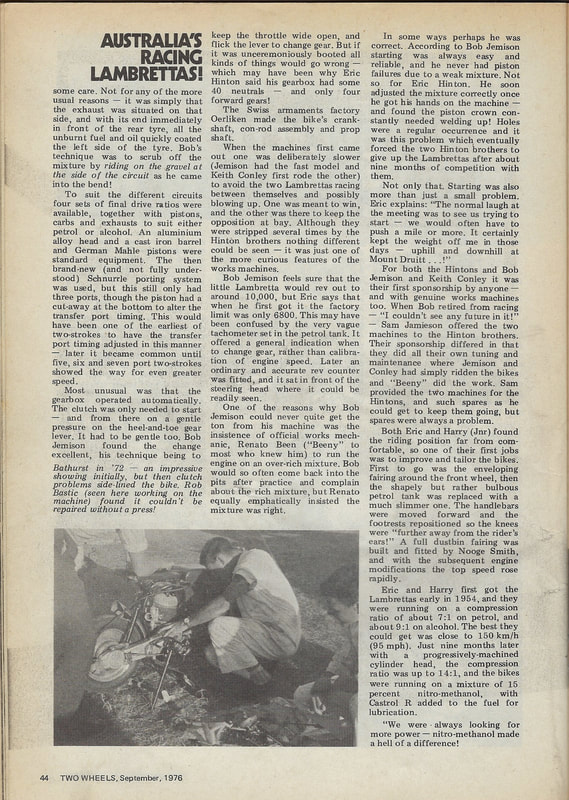 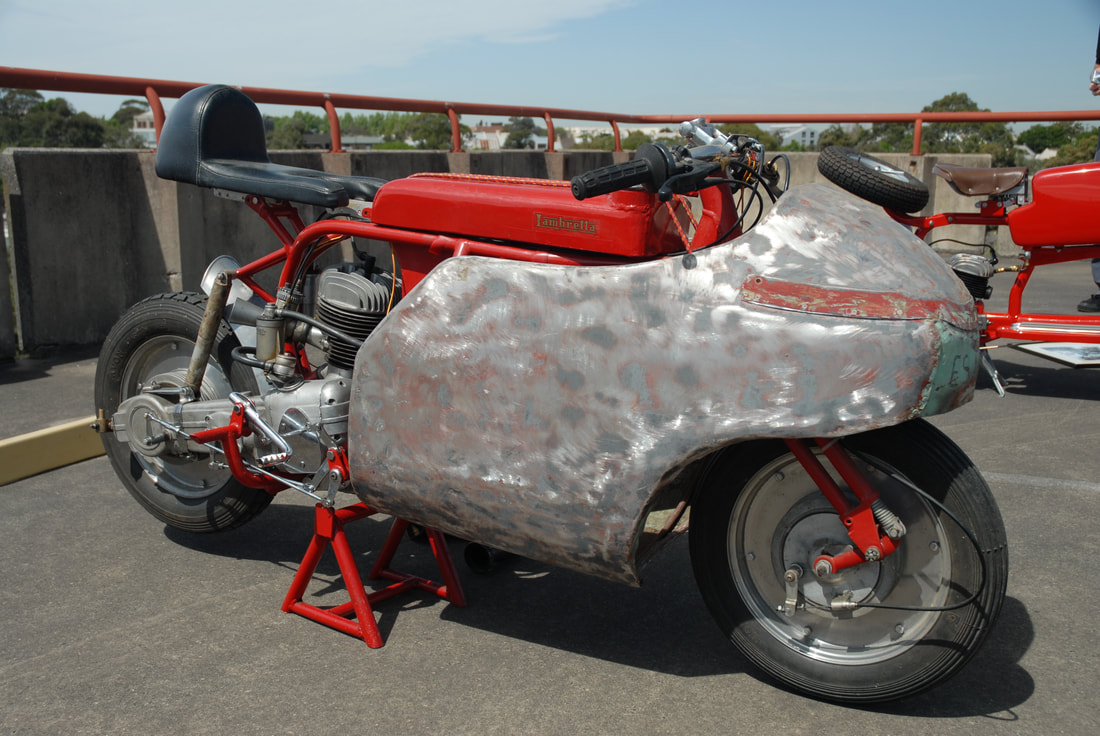 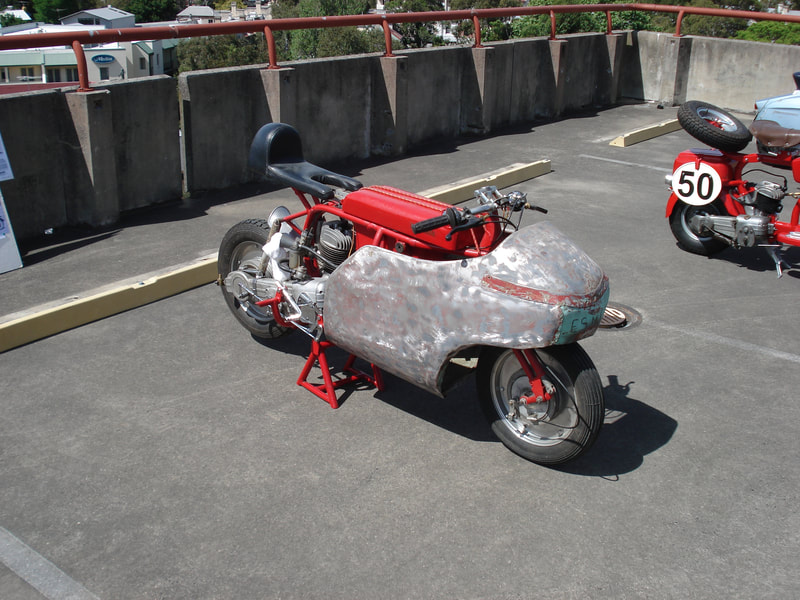 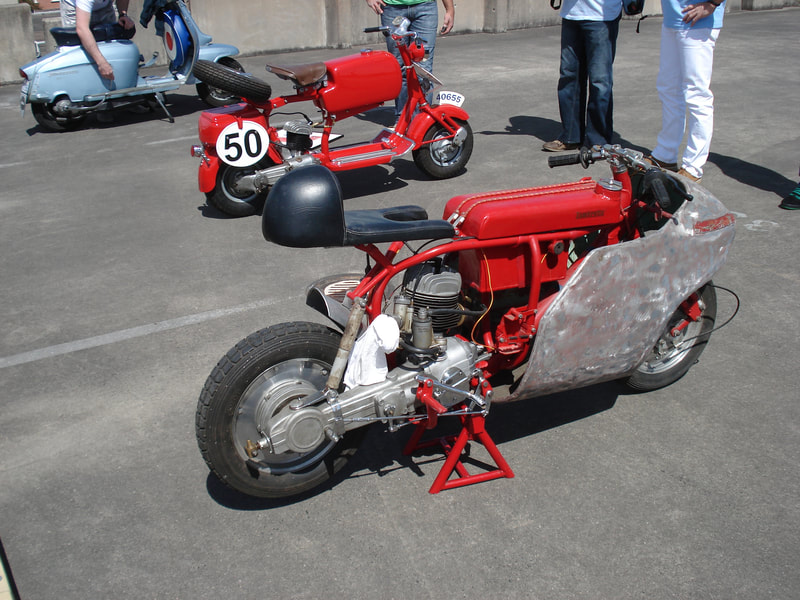 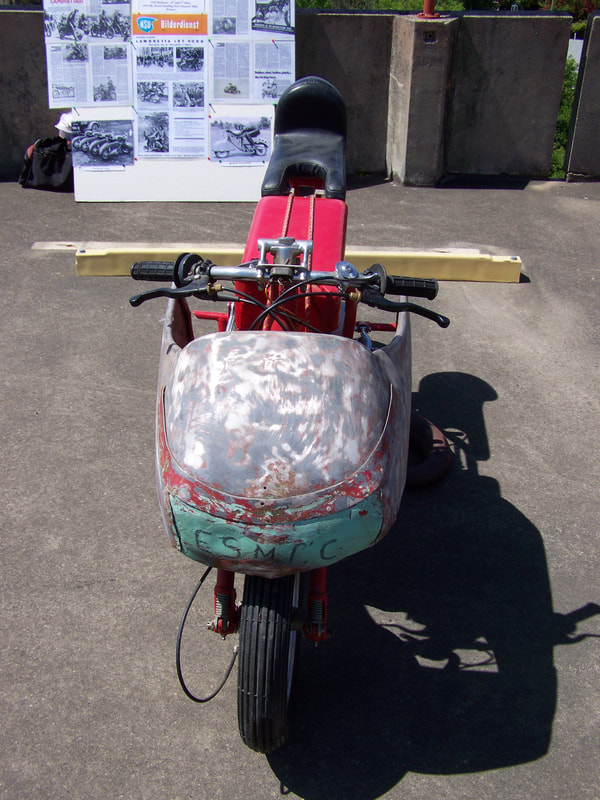 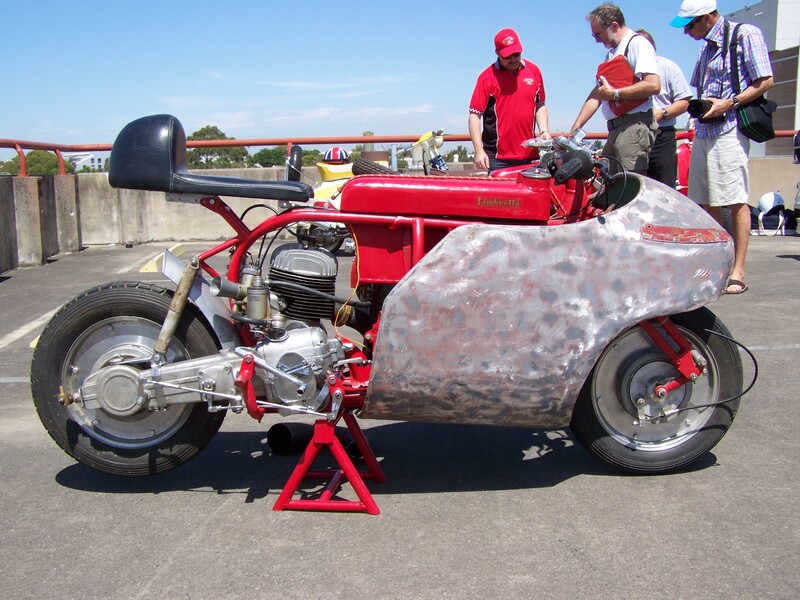 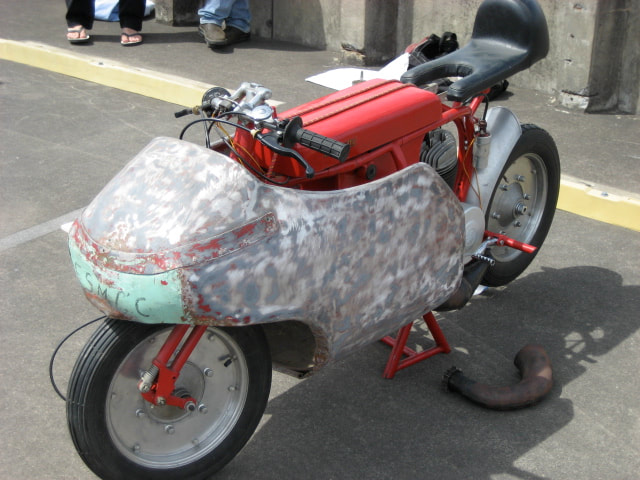 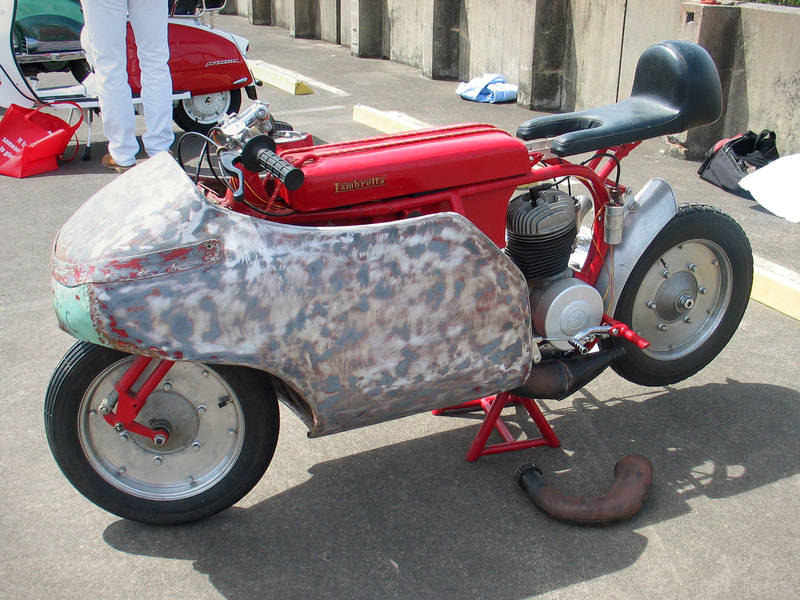